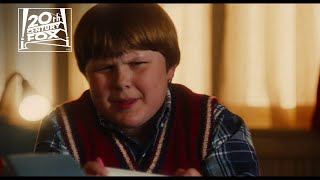 Hapless preteen Greg Heffley (Zachary Gordon) endures bullies, swirlies, morons, and wedgies while navigating the treacherous world of middle school and recording his traumas in his personal journal in this family-oriented comedy inspired by author Jeff Kinney's best-selling series of illustrated novels. Try as he might, Greg just can't understand who thought it was a good idea to place kids who haven't even hit their first growth spurt in the same school as kids who get a five-o'clock shadow by lunch time. Realizing that he'll have to get creative if he hopes to survive until high school, Greg concocts a series of get-cool-quick schemes that all go hopelessly awry. Despite the fact that he's viewed as a dork by his peers, Greg never loses hope that someday, when all is said and done, he'll be able to look back on his middle school experiences and laugh. Steve Zahn and Rachael Harris co-star in this comedy from HOTEL FOR DOGS director Thor Freudenthal.

Based On A Novel

20%off
Alexander and the Terrible, Horrible, No Good, Very Bad Day
$12 Super Savings
Add to Cart

Aliens in the Attic
$6.50 Super Savings
Add to Cart

19%off
Middle School: The Worst Years of My Life
$12.20 Super Savings
Add to Cart