Get email alerts for Echo & The Bunnymen
49 ratings
Currently Out of Stock: We'll get more as soon as possible
Notify Me When Available
Add to Wishlist
Format:  CD
sku:  ZENG 11622
91% recommend us! 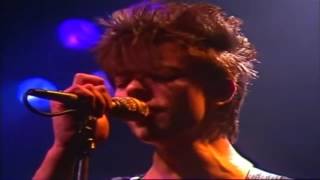 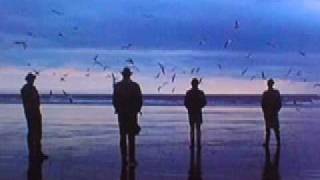 Echo & The Bunnymen: Ian McCulloch (vocals, guitar); Will Sergeant (guitar); Les Pattinson (bass); Pete De Freitas (drums).
Additional personnel: Leslie Penny (woodwinds).
Recorded at Rockfield Studios, Monmouth, England. Originally released on Sire (3569). Includes liner notes by Max Bell.
Personnel: Ian McCulloch (vocals); Will Sergeant (guitar); Leslie Penny (woodwinds); Pete de Freitas (drums).
Audio Remasterers: Daniel Hersch; Bill Inglot.
Liner Note Author: Max Bell.
Recording information: Manley Vale Hotel, Sydney, Australia (03/??/1981-11/11/1981); Rockfield Studios, Monmouth, Wales (03/??/1981-11/11/1981); Tistedal Studios, Tistedal, Norway (03/??/1981-11/11/1981).
Photographer: Brian Griffin .
Though it yielded only one minor hit single in the band's native England, HEAVEN UP HERE is considered by many to be the ultimate Echo and the Bunnymen album. The album is drenched in an aura of mystery that is fueled by the swirling, epic sound of guitarist Will Sergeant and drummer Pete De Freitas. The music is so powerful that singer Ian McCulloch's vague, almost nonsensical lyrics take on a profundity.
While tracks like "The Disease," a desolate two-chord sound-poem based on a solitary rhythm guitar and a haunting recorder passage, do feature some incisive lyrics, most of McCulloch's words seem intent on reinforcing the dark, brooding atmosphere of the music. The opening "Show of Strength," a soaring song that is driven by one of Sergeant's gripping guitar passages, sets the tone for the album, creating a heroic soundscape that crests with the majesty of "A Promise." The latter is a hypnotic song in which drummer DeFritas showcases his explosive style and McCulloch provides one the most compelling vocal performances of his career. While HEAVEN UP HERE may lack the hit singles that made the Bunnymen alternative-radio favorites throughout the '80s, it is a classic rock album and arguably the Bunnymen's finest hour.