30 ratings
Currently Out of Stock: We'll get more as soon as possible
Notify Me When Available
Add to Wishlist
Format:  DVD  (3 Discs)
item number:  XRI 18687D
Our customers love us! 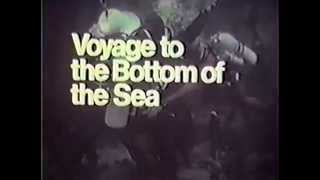 ABC Voyage to the Bottom of the Sea promo 1960s (Trailer)

Disc 1/Side B: "The Indestructible Man," "The Buccaneer"

Disc 2/Side A: "The Human Computer," "The Saboteur," "Cradle of the Deep," "The Amphilbians"

Disc 3/Side A: "The Enemies,"The Secret of the Loch," "The Condemned," "The Traitor"

Disc 3/Side B: VOYAGE TO THE BOTTOM OF THE SEA - VOL. 2 - Supplemental Material

"Master of Disaster" Irwin Allen adapted his film of the same name for television with this exciting sci-fi series from the 1960s. The crew of the high-tech submarine the Seaview receives orders to investigate the abnormal occurrences of the depths, with Adm. Harriman Nelson (Richard Basehart, BEING THERE) heading up the crew. In addition to facing the monsters that populate the water, the crew battle foes that mirror those in the news, such as pollution, foreign threats, and nuclear disaster.