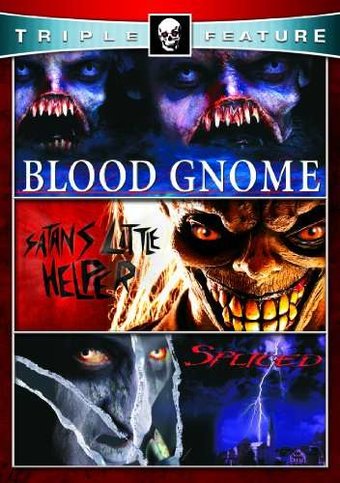 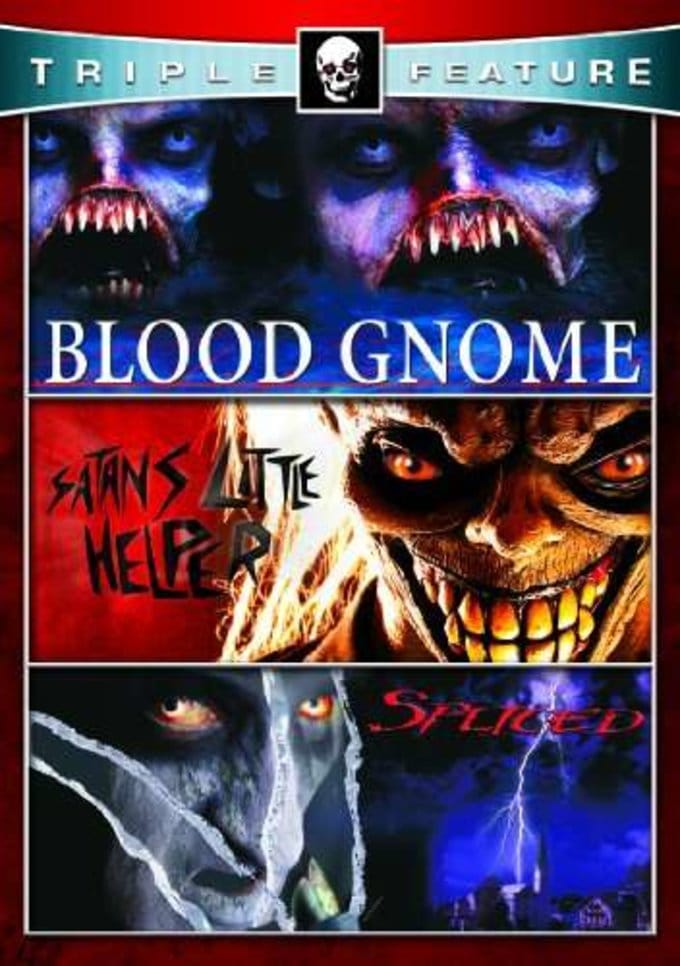 BLOOD GNOME: When Daniel, a crime scene investigator, discovers the truth behind a series of bizarre sex murders, no one believes him. Creatures called Blood Gnomes from another dimension suddenly appear ripping their victims apart and feeding of their bodies to "The Mother" of all Gnomes. Enjoy the fun, sexy ride in the horrific story of blood thirsty creatures and survival.

SATANS LITTLE HELPER: Halloween will never be the same. Upon meeting a strange masked man, nine-year-old Douglas Whooly lives out the fantasy of his favorite video game "Satan's Little Helper." The two embark on a hellish rampage through the small suburban community, but when the masked killer targets Dougie's family, it may be too late to stop him. With the perfect combination of blood, guts, and ingenious humor, Satan's Little Helper tells a gruesome tale that will keep you in stitches until the chilling end.

SPLICED: Mary's an attractive high school senior who's obsessed with horror flicks. After she sees the latest horror hit, "The Wisher," deadly consequences begin to unfold. Someone or some thing is granting Mary's wishes in the most violent and perverted ways. High school just became a living hell. You nightmares begin when this movie ends.