Get email alerts for John Denver
3 ratings
Currently Out of Stock: We'll get more as soon as possible
Notify Me When Available
Add to Wishlist
Format:  CD
sku:  SSP 69716
Our customers love us! 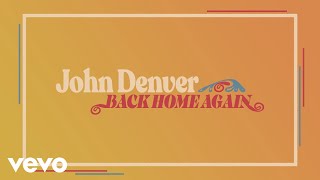 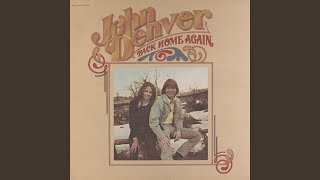 On the Road (Music Video)

As the 1970s progressed, John Denver slowly moved away from the melancholy folk-singer mode that characterized his early albums and towards a brighter, more country-inflected sound. BACK HOME AGAIN crystallizes the latter phase, and consequently proved one of Denver's most commercially successful albums. In large part, this has to do with the fine batch of songs here, which includes the warm, comforting title track; the lazy, lilting "Cool an' Green an' Shady;" and the sprightly "Grandma's Feather Bed," which almost demands a group sing-along.
As usual, however, Denver slips in some affectingly pensive unaccompanied moments. The tender "Sweet Surrender" and "This Old Guitar," a heartfelt tribute to his primary instrument, are among the finest tunes on BACK HOME AGAIN. But the record also contains the knee-slapping, full-band hoedown "Thank God I'm a Country Boy" and the highly romantic, string-sweetened ballad "Annie's Song," which became one of Denver's biggest hits. With its balance of fun, joyful tunes and lovely, introspective numbers, BACK HOME AGAIN elevated Denver to the height of his mid-'70s popularity.

88%off
Silence Is Golden 2: Hits from Original Chilled
$3.98 CD Sale
Add to Cart