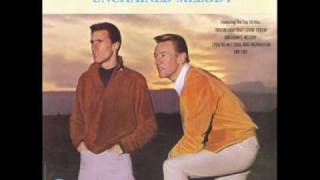 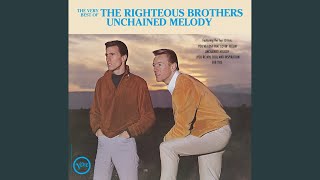 Taken from the original Verve master tapes.
Though any mention of the Righteous Brothers immediately conjures up the strains of "You've Lost That Lovin' Feeling" and "Unchained Melody" (usually in that order), the duo also released many other fine singles during the 1960s. This 12-track collection, issued on Verve (a label primarily known for jazz), begins with the two aforementioned runaway hits, and then moves into less familiar, but no-less charming territory, with producer Phil Spector providing his larger-than-life "wall of sound" production to some of the other songs, including the lush "Ebb Tide."
While the pair (Bill Medley and Bobby Hatfield) is capable of surprisingly gritty tunes (see the raucous "Little Latin Lupe Lu"), the Californian blue-eyed-soul act is most at home applying its gorgeous baritone/falsetto harmonies to songs of unbridled emotion such as "Soul and Inspiration" and "See That Girl." With the exception of the Righteous Brothers' most faithful fans, most listeners will get a satisfying dose of the twosome's passionate pop on this concise compilation.

The Crystals
Da Doo Ron Ron: The Very Best of the Crystals (CD)
$8.20
Add to Cart

Hot
The Righteous Brothers
The Definitive Collection
$11.98 on Sale
Add to Cart
(5)