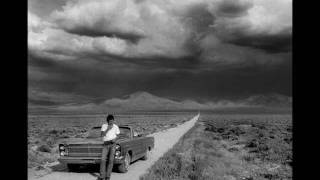 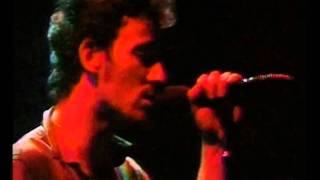 The Promise - 3LPs containing a total of 21 previously-unreleased songs from the Darkness recording sessions - songs that, as Springsteen writes, "perhaps could have/should have been released after 'Born To Run' and before the collection of songs that 'Darkness on the Edge of Town' became." Highlights of "The Promise" include the extraordinary rock version of "Racing in the Street," the never-before-released original recordings of "Because the Night" and "Fire," the supreme pop opus "Someday (We'll Be Together)," the hilarious "Ain't Good Enough for You," the superb soul-based vocal performance on "The Brokenhearted," the utterly haunting "Breakaway," and the fully orchestrated masterpiece and title song "The Promise." According to long-time manager/producer Jon Landau, "There isn't a weak card in this deck, 'The Promise' is simply a great listening experience."

Uncut - p.82
5 stars out of 5 -- "[B]ig, bold, vibrantly coloured and laced with sweeping chorus hooks and towering middle eights. In a word, spectacular."
Paste (magazine) - "Springsteen reclaims his song that became Patti Smith's most commercially successful number 'Because the Night' with grace and brooding sensuality."
Record Collector (magazine) - p.87
5 stars out of 5 -- "[T]he sound of 20 years of classic American pop filtered through one extraordinary performer....It's a fascinating insight into Bruce's habit of honing and tweaking his material, trying out all manner of variations."

The Promise: The Darkness on the Edge of Town Story is a three-CD/three-DVD collection that includes a completely remastered version of the Darkness album and two more discs containing 21 unreleased songs recorded during the period that eventually produced the album. There is so much music here that Bruce Springsteen wondered whether or not much of this music should have been released between 1975's Born to Run and 1978's Darkness. The sheer amount of it is surprising in and of itself. That said, given how much of this is first-rate Springsteen and E Street Band material, it's staggering. The first of the three DVDs features a full-length documentary (which was shown on HBO) on the making of the album. The second disc contains a complete 2009 performance of the album at the Paramount Theatre in Asbury Park, NJ, as well as previously unseen footage from the Thrill Hill Vault, including complete song performances from band rehearsals, studio sessions, and live concerts during the Darkness era. The third DVD is a complete concert performance by Springsteen and the E Street Band in Houston during 1978. The set also includes an 80-page spiral-bound reproduction of Springsteen's notebooks documenting the album sessions. ~ Thom Jurek