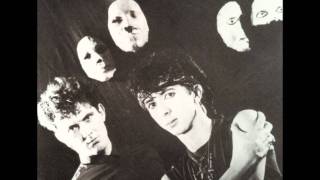 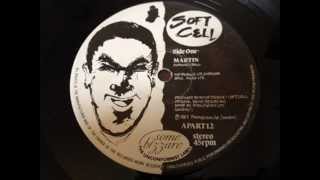 Full title: The Art Of Falling Apart.
This 1999 reissue contains bonus tracks not included on the original release.
All tracks have been digitally remastered.
Digitally remastered. New liner notes and packaging.
The title is more than a clever rhyme. The unexpected success of 1982's "Tainted Love" took the duo of singer Marc Almond and keyboardist Dave Ball off guard and seemingly unprepared for its consequences, and while it's perhaps dangerous to read too much into these songs, it's easy to hear that the duo is in the process of disintegrating and would split within the year. Almond's vocals are much more querulous and melodramatic than before, and as Ball's synthesizers move further into cold abstraction, the tension adds a slightly disturbing edge to the music. The sentimental "Where the Heart Is" and "Kitchen Sink Drama" are highlights, but the two bonus tracks, originally included on a bonus 12-inch, are mistakes. The 10-minute "Martin" is repetitive and droning, but it's a masterpiece compared to an excruciating 11-minute medley of Hendrix covers (!!!) that's so godawful it becomes perversely fascinating. What WERE they thinking?