Entertainment Weekly: "[T]his is a melancholy beauty, a meditation on faded love and a fading planet." -- Grade: A- 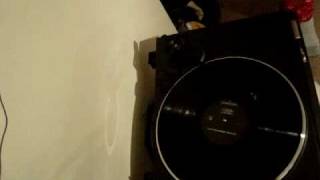 Entertainment Weekly - p.115
"[T]his is a melancholy beauty, a meditation on faded love and a fading planet." -- Grade: A-
Record Collector (magazine) - p.96
3 stars out of 5 -- "[With] a mid-40s Young addressing his mortality and old friends with 'One Of These Days'...while HARVEST MOON's title track remains an affecting ditty."

Personnel: Neil Young (vocals, guitar, banjo, harmonica, piano).
Audio Mixer: Tim Mulligan.
Photographers: Steve Babineau; Neil Young.
Unlike previous entries in Neil Young's Archives series, Dreamin' Man Live '92 does not capture a specific gig. Instead, it's a compilation of highlights from the tour he took prior to recording Harvest Moon, as he aired the album's ten songs alone with his guitar (or on one occasion each, his piano and banjo). Although every one of the album's cuts is here, this isn't a strict re-creation of the album, since the songs are sequenced in non-LP order, but that's a minor detail: for most intents and purposes, this is an alternate version of Neil's well-loved but not epochal return to country-rock. Some of the songs do gain a degree of poignancy in this bare-bones setting, which doesn't make them better, just different, and certainly worth hearing for those fans dedicated enough to care. And while this is better than, say, Unplugged -- that was pretty good, this is very good -- these performances are at their core sturdy and appealing, the kind that fans will love but never speak of breathlessly. Then again, it's pretty hard to be breathless about music that sways as gently as this. ~ Stephen Thomas Erlewine