The Taking of Pelham One Two Three (Blu-ray) R

We are going to kill one passenger a minute until New York City pays us 1 million dollars. 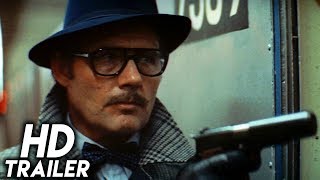 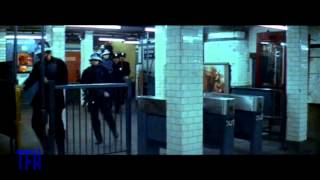 Josh Olson on THE TAKING OF PELHAM 123 (Featurette)

THE TAKING OF PELHAM ONE TWO THREE superbly achieves what few other movies do: a successful blend of thrills, style, comedy, drama, suspense and action. It is the precursor for many thrillers of the 1990s, from indie hits like Quentin Tarantino's RESERVOIR DOGS, and more popular, Hollywood vehicles like SPEED.

The story focuses on four criminals who hijack a subway car and demand one million dollars from the mayor of New York, threatening to kill one hostage per minute if their demands aren't met. The hijackers are Mr. Blue (Robert Shaw), the crafty and efficient leader; Mr. Green (Martin Balsam), the train driver; Mr. Gray (Hector Elizondo), the hothead; and Mr. Brown (Earl Hindman), a nervous, stuttering man. New York City transit lieutenant Zachary Garber (Walter Matthau) goes above and beyond his call of duty to play negotiator with the hijackers. The camera grabs the viewer by taking him down into dark gritty hallows of the subway tunnels and into the midst of the harrowing situation on the hijacked car. Based on the book by John
Godey, TAKING OF PELHAM is a true classic that depicts the dark, crime-ridden climate of 1970s New York city.