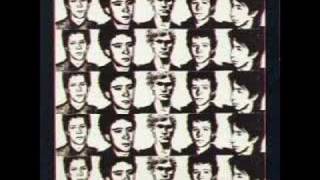 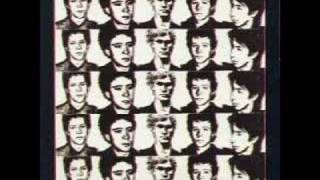 Before Midge Ure came along, assumed vocal duties, and propelled Ultravox to stardom, the band was a more understated affair. This album is from the pre-Ure era, and features original vocalist John Foxx on vocals.
HA!-HA!-HA! is a bruising album, a tsunami of a set that epitomized the fire and fury of its age. Icy to its core, the disc was produced by Steve Lillywhite, who brilliantly captured both the band's urgency and the brittleness of their sound. Like the implosion of gases that ignited the Big Bang, HA!-HA!-HA! hangs in the millisecond before the ensuing explosion, trembling with ferocious tension and fierce anticipation of the coming storm. Much of the set seems frozen in this moment in time and space, lyrically reflected in "Hiroshima Mon Amour," "Man Who Dies Every Day," and "Frozen Ones." Unlike the celebration of destruction that defined their debut set, Ultravox now stood staring aghast into the abyss, with the manic exuberance of "Rockwrock" emerging not as the exhilarating dance through the death of civilization that many listeners assumed, but the band's panicked response to its collapse. And as fear took hold in the Western world, the band battered themselves against its crumbling walls, ravaged by the artificiality of the society rising amongst its ruins. Even decades on, the sheer ferocity of this set continues to impress.