The Who Magic Bus

Get email alerts for The Who
Available: Usually ships in 2-5 business days
Add to Cart
Add to Wishlist
Format:  CD
item number:  ZUCL 0350
Related products:
The Who: Quick One (Happy Jack) [Bonus Tracks] for $10
The Who Sell Out for $13.60
Our customers love us! 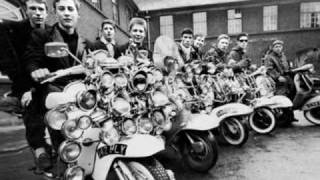 Call Me Lightning, The Who (Music Video)

The Who: Roger Daltrey (vocals), Pete Townshend (guitar, vocals), John Entwistle (bass, background vocals), Keith Moon (drums).
Originally released on Decca (75064) in September 1968.
Despite the title, this is not a live album.
Personnel: Pete Townshend (vocals, guitar, keyboards); Roger Daltrey (vocals, harmonica); John Entwistle (vocals, keyboards); Keith Moon (vocals, drums).
Recording information: England.
A rip-off of sorts even upon its original release, with a few senseless repeats of tracks from Quick One and Who Sell Out, as well as a sleeve that erroneously implied a live recording. This mishmash of singles, B-sides, and stray tracks from past British releases did have some fine moments, particularly the singles "Call Me Lightning" and the Bo Diddley-influenced "Magic Bus," which became one of their most popular concert numbers. Other highlights are the fine 1966 pop-art tune "Disguises" and John Entwistle's hysterical "Doctor, Doctor," but these (and a few of the other cuts) are now available as bonus tracks on the Quick One and Who Sell Out reissues. Completists should know that one song, Entwistle's typically black-humored "Dr. Jekyll & Mr. Hyde," is unavailable on any other U.S. release, so it's not time to throw away your copy of Magic Bus just yet. ~ Richie Unterberger

60%off
Joe Cocker
With a Little Help From My Friends (CD)
$6.37 BLACK FRIDAY
Add to Cart