The Temper Trap Thick as Thieves

Get email alerts for The Temper Trap
Currently Out of Stock: We'll get more as soon as possible
Notify Me When Available
Add to Wishlist
Format:  CD
sku:  6C4FK
Related products:
Lana Del Rey: NFR! for $16.19
92% recommend us! 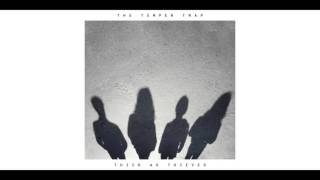 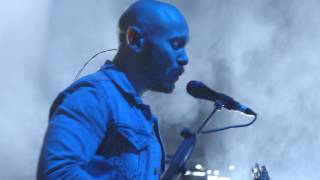 Personnel: Dougy Mandagi (vocals, guitar); Joseph Greer (guitar, keyboards); Toby Dundas (drums, percussion).
Recording information: Golden Ratio, Montreal; North Cross Studios, London; Snap Studios, London.
Australia's Temper Trap deliver a sophisticated, uplifting set of songs on their third full-length album, 2016's Thick as Thieves. Produced by Damian Taylor (Bj”rk, the Killers, Braids), Thick as Thieves is the first album of new material from Temper Trap since parting ways with lead guitarist Lorenzo Sillitto in 2013. With Sillitto's departure, keyboardist Joseph Greer began doing double duty on keys and guitars and, surprisingly, as evidenced here, very little has changed in the group's sound. In fact, Thick as Thieves finds the band digging even deeper into a robust and anthemic guitar-based style that still owes a heavy debt to U2. It's an apt, if somewhat overstated, comparison that will most likely furrow the brow of longtime Temper Trap fans, if not the bandmembers themselves. Thankfully, it's not the main takeaway upon listening to Thick as Thieves. Primarily, one is reminded of how powerful and emotive a vocal presence lead singer/guitarist Dougy Mandagi remains. Cuts like the driving "Burn" and the minor-keyed groover "Alive" find Mandagi riding the crest of a thick wave of electric guitars, pulsing synths, and drums. It's a scintillating combination that brings to mind something along the lines of Cee Lo Green fronting the Killers. It's also nice to hear Temper Trap continue to expand their sonic palette, deftly weaving in bits of electronic programming and bass-heavy mixes, and taking a generally more measured approach to balladry, as they do on the soaring "Fall Together" and the punky, monochromatic album closer "Ordinary World." Elsewhere, the band offers up a handful of kinetic, driving numbers like the '80s power pop-influenced "Riverina" and the sweepingly romantic "Lost," recalling the infectious joy of "Sweet Disposition." Ultimately, Thick as Thieves plays like a heartfelt love letter to Temper Trap's fans who have stuck with them since Conditions. As Mandagi sings on "Lost," "Nothing in the world can tear us apart." ~ Matt Collar