Rolling Stone: 3.5 stars out of 5 -- "[A] flawless collection of glossy Anglo-soul torch songs....SOLDIER sustains the mellow vibe for the whole album..." 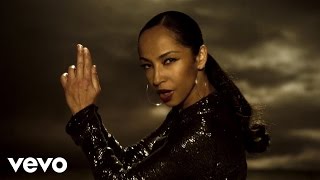 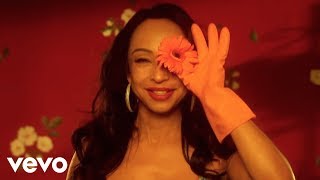 Rolling Stone - p.58
3.5 stars out of 5 -- "[A] flawless collection of glossy Anglo-soul torch songs....SOLDIER sustains the mellow vibe for the whole album..."
Entertainment Weekly - p.106
"[The album] sticks faithfully to the lush quiet-storm sound that's influenced younger artists from Maxwell to Everything but the Girl." -- Grade: A
Paste (magazine) (p.64) - "SOLDIER OF LOVE is Sade's most musically ambitious, and it's also its most forlorn, its most heartbroken....An intense melancholy pervades these songs..."

Personnel: Sade Adu (vocals, programming); Stuart Matthewman (guitar, saxophone, programming); Andrew Hale (keyboards, programming).
Audio Mixer: Mike Pela.
Recording information: El Cortijo, Spain; Realworld Studios UK.
Photographer: Sophie Muller.
Sade's longest absence yet did not prevent their return from being an event. It at least seemed eventful whenever "Soldier of Love," released to radio a couple months prior to the album of the same title, was heard over the airwaves. Even with its brilliantly placed lyrical allusions to hip-hop past and present and its mature sound, the single stuck out on stations aimed at teens and twentysomethings, as well as points on the dial that court an older audience. It was the most musical and organic, while also the most dramatic yet least bombastic, song in rotation. Crisp snare rolls, cold guitar stabs, and at least a dozen other elements were deployed with tremendous economy, suspensefully ricocheting off one another as Sade Adu rewrote "Love Is a Battlefield" with scarred, assured defiance. While the song was an indication of its parent album's reliance upon organic instrumentation -- the band's use of synthesized textures and programming is greatly diminished -- it merely hinted at the dark, even fatalist, depth of heartache conveyed throughout the set. On "Bring Me Home," Adu is content in resignation ("Send me to slaughter/Lay me on the railway line"), while on "The Moon and the Sky," she projects a bruised and angered bewilderment ("You lay me down and left me for the lions"). The focus at least switches temporarily to a loved one on "In Another Time," in what resembles a love letter to (what is likely) a young daughter mistreated by members of both sexes ("Their whispers are hailstones in your face"; "Soon they'll mean nothing to you"). The bleakness is tempered with themes of survival and recovery, and a song that is truly sweet ("Babyfather"). Relatable most to those who are experiencing solitude created by romantic desertion, this is not your mother's Sade album. ~ Andy Kellman