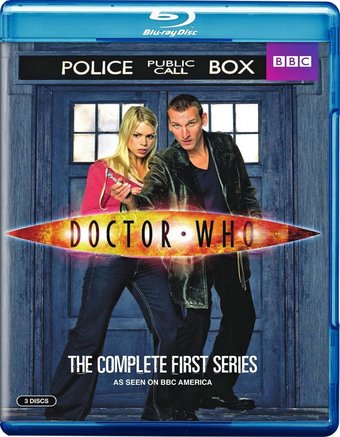 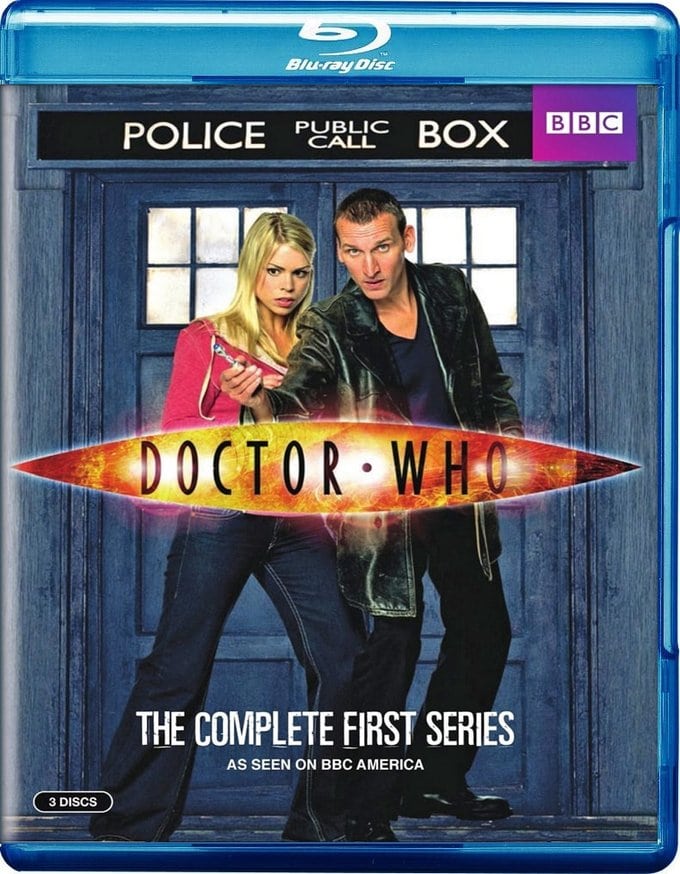 Longstanding fans may be left scratching their heads at the declaration that this is the COMPLETE FIRST SEASON of DOCTOR WHO. Indeed, the first episode of the classic sci-fi program dates back to 1963, and these episodes were first broadcast in 2005. But in a bid to rebrand the iconic Doctor the BBC decided to shake off the kitschy sets of old and fashion a brand new start for the franchise with this season. And when the new DOCTOR WHO made its way onto the British airwaves the effects were astonishing, with viewers sending ratings soaring and a whole new generation of fans immersing themselves in the unique universe created all those years ago.

Christopher Eccleston (SHALLOW GRAVE, EXISTENZ) plays the ninth incarnation of the time lord, and with U.K. pop starlet Billie Piper playing the part of his companion, Rose, the Doctor embarks on yet more far-flung and improbable adventures: traveling 5,000,000,000 years into the future as the Earth is about to be swallowed by the sun, escaping from a mysterious space-station where the contestants are trapped in demented versions of popular reality-TV shows, and facing an old and terrible menace, the Daleks. This release contains the entire first season of the show.

The Hitchhiker's Guide to the Galaxy (3-DVD)
$18.70 Super Savings
Add to Cart

Doctor Who - Christopher Eccleston and David Tennant...
$41.50
Add to Cart