Status Quo Rockin' All Over the World

Status Quo ?– Rockin' All Over The World (Music Video) 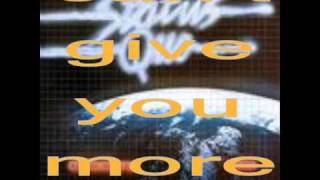 Personnel: Andy Brown (keyboards).
Liner Note Author: Gary Fielding.
Unknown Contributor Roles: Richard John Parfitt; Francis Rossi; Alan Lancaster; John Coghlan.
After releasing the hard and perhaps excessively raw Live! album in March 1977, Status Quo decided it was time to give a new turn to their music, trying to achieve a cleaner and fresher sound. Recruiting Pip Williams to produce the new album, this was the first time since 1972 that Quo gave such control to someone outside the band. Subsequently, Williams played an essential part in the British band's evolution. A clean, focused, and friendly pop record, Rockin' All Over the World displeased the band's hard rock-oriented fans. Guitars were left in the background and the band's famous wall of sound -- tough guitars and a powerful rhythmic base -- was nowhere to be found, even though it had been an important element of the band's sound during the first half of the '70s. Strangely enough, a lot of the album's songs would become live favorites of the bandmembers and fans alike in the years to come. The first single issued from the record, "Rockin' All Over the World," Status Quo's cover of a barely known song from ex-Creedence Clearwater Revival leader John Fogerty, became a huge success all around Europe and, paradoxically, grew to be one of the group's most recognized anthems. Indeed, 21 years later, the song, retitled "Runnin' All Over the World," would be released again as the official signature to Sport Aid's Race Against Time event. Other songs that would claim an obligatory presence in the band's live shows over the upcoming decades included the silly but hooky "Dirty Water," the boogie rocker "Hold You Back," and the country-rocker "Can't Give You More" (featured with a different approach in Rock Til You Drop). The straightforward and danceable "Baby Boy" and the soft ballad "For You" also stood out among the record's winners. [The 2005 reissue of Rockin' All Over the World features improved, remastered sound and a cover of the Beatles' "Getting Better," originally included on the All This and World War II film soundtrack of Beatles songs performed by rock bands from the era.] ~ Robert Aniento