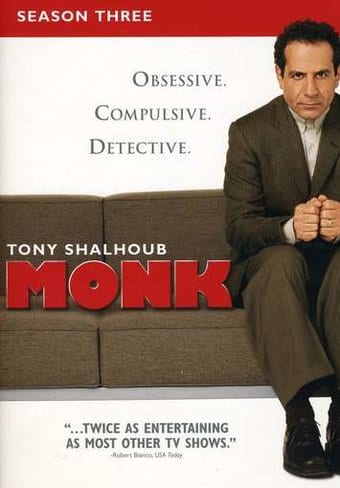 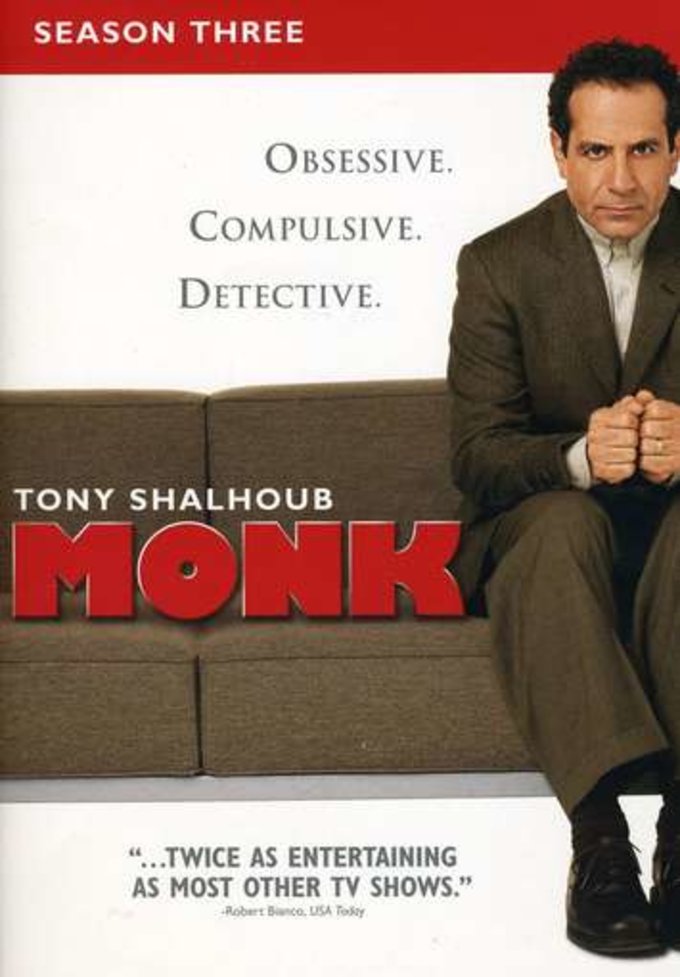 The critically acclaimed, Emmy and Golden Globe winning MONK finally gave talented character actor Tony Shalhoub his perfect role. Adrian Monk (Shalhoub) is San Francisco's most brilliant detective, but is unable to serve on the police force because of his crippling neuroses and obsessive-compulsive disorder. However, he continues his investigations independently, often solving cases before the actual police are able to do so, and always seeking out clues to the unsolved murder of his wife. The combination of comedy, mystery, and a distinctively eccentric character have lead many to dub MONK the successor to COLUMBO. MONK: SEASON THREE collects all 16 episodes of the show's third year. It includes the final episodes featuring Monk's assistant Sharona (Bitty Schram), a popular character who was replaced over contract demands, much to the consternation of the program's fans.