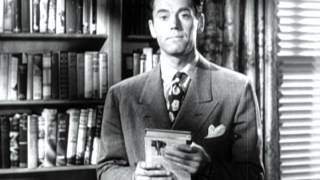 Taking place in 1885 Nevada, THE OX-BOW INCIDENT is the harrowing story of two cowboys, Gil Carter (Henry Fonda) and Art Croft (Harry Morgan), who believe in justice and honor and attempt to quell a lynch mob's thirst for revenge when they believe that a cattleman has been murdered by rustlers. Based tightly on the best-selling book by Walter Van Tilburg Clark and directed by William Wellman, THE OX-BOW INCIDENT is an unforgettable film; don't miss the powerful scene in which Anthony Quinn performs surgery on himself--it is an amazing moment in a brilliant film that received a well-deserved Academy Award nomination for Best Picture.

This William Wellman film tells the story of a frontier tragedy in which two levelheaded cowboys try to stop a hysterical mob from lynching some innocent men. Academy Award Nominations: Best Picture.