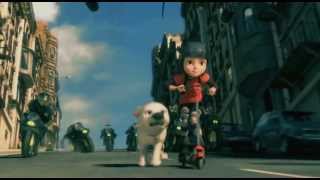 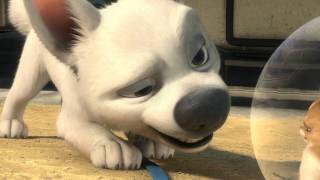 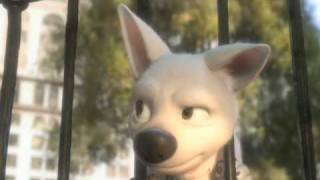 In this 2008 computer-animated Disney film, an adorable dog named Bolt (voiced by John Travolta) has been trained to believe that he has superpowers, and that his young owner, Penny (Miley Cyrus), is in perpetual peril, thanks to the schemes of the dastardly Dr. Calico (Malcolm McDowell). However, the loving and protective Bolt and his human companion are really actors in a popular TV show, a production that goes to great lengths to make sure its star pooch remains in the dark about his fictitious life. When Bolt is accidentally transported off his show's Hollywood lot, he must find his way back home and contend with his not-so-super reality, aided by a scrappy alley cat (Susie Essman) and a very enthusiastic hamster (Mark Walton).

Helmed by animation vets and first-time feature directors Byron Howard and Chris Williams, BOLT benefits from executive producer John Lasseter's sterling Pixar touch, often echoing themes of that beloved company's canon, particularly 1995's groundbreaking TOY STORY. Although BOLT doesn't quite hit Pixar heights, it stands out as one of Disney's best early-21st-century offerings, thanks in large part to its title character, who is beautifully rendered and endearingly portrayed by Travolta. A fun movie that will particularly delight elementary-school children, BOLT is excellent family fare and easily one of the finest dog-themed films in cinema history.

The Princess and the Frog (DVD)
$17.60 Super Savings
Add to Cart