The right spirit. The right attitude. The wrong color. 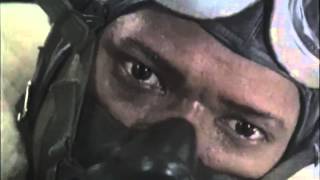 An action-filled dramatization of the true story of the Tuskegee Airmen, the first squadron of black American pilots to defend their country in World War II. Overcoming nearly insurmountable racial obstacles, the men of the "Fighting 99th" distinguished themselves and their race.

The true story of the African-American 332nd Fighter Group, and the obstacles they faced in their efforts to fly during WWII.
When the black cadets arrive at Alabama's Tuskegee Army Air Field, they are full of determination and eagerness. But thanks to a bigoted white instructor, the soldiers' time there proves to be a firm testing ground of their skills, determination, and emotions, and a number of them are unable to complete the training. After the ones who do succeed become officers, they are hit with their next obstacle: a racist senator who has no faith in the soldiers. But thanks in part to Eleanor Roosevelt, the men are sent to North Africa to serve in the war. Upon their arrival, the black officers find their flying duties to be quite limited, especially when compared to their white counterparts. That changes when three of the Black fliers prove their abilities by saving two white fighter pilots -- who later specifically request that the 332nd fly with them on an important mission. The 332nd finally achieves equality, and they go on to make their country -- and their race -- very proud.