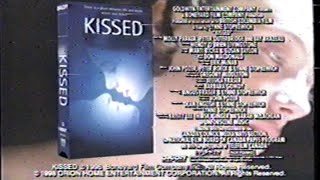 Ever since she was a young girl, Sandra has been fascinated with death. Working part-time at a funeral parlor, her obsession with the dead begins to consume her every thought and desire. Her secret obsession, however, interferes with her burgeoning relationship with her boyfriend, forcing him to embark on a personal crusade to prove that he will go to great lengths and sacrifices to make her love him.

Over the years, a child's romantic idea about death transforms into an appetite for necrophilia and embalming. When she gets her dream job in a mortuary, she meets a man who is intrigued by her 'flirtations' with death. Lynn Stopkewich's Canadian production was nominated for several awards on the 1997 festival circuit.

Romance | Romances | Canadian
This product is made-on-demand by the manufacturer using DVD-R recordable media. Almost all DVD players can play DVD-Rs (except for some older models made before 2000) - please consult your owner's manual for formats compatible with your player. These DVD-Rs may not play on all computers or DVD player/recorders. To address this, the manufacturer recommends viewing this product on a DVD player that does not have recording capability.

The Cat Burglar
$19
Add to Cart