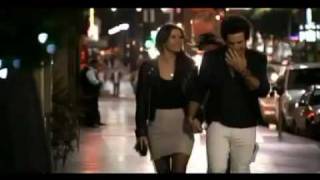 In the reality-TV era, Andy Warhol's "15 minutes of fame" have bloated into 30 minutes, every week, minus commercials. Exhibit One is MTV's THE HILLS, in which the stars of the hit "reality" series LAGUNA BEACH head for the marginally more adult soap opera of Los Angeles. The truthy drama continues in this fourth season as Lauren Conrad ("LC") starts a romance with an old love connection from Laguna Beach, and Audrina has a falling out with her boyfriend, Justin. Meanwhile, career prospects are blooming for Whitney at her PR job, while Heidi may give it all up for a man. Could life, like, get any more complicated'

The Hills is back for Season 4 and the girls are beginning to make big decisions that will set the course for the rest of their lives. Lauren is struggling to balance the tension between her roommates Audrina and Lo and has started dating Doug, an old flame from Laguna Beach. Just as Audrina considers letting her boyfriend Justin go and begins to date Colin, Justin turns up the heat in their relationship leaving her torn. Whitney rises up the ranks at People's Revolution much faster than she expected and meets a model in New York who could possibly sweep her off her feet. And as Heidi is dealing with the consequences of putting her job at risk to move in with Spencer again, she invites her sister from Colorado to come in for an indefinite visit, putting even more pressure on their renewed relationship. Life in Los Angeles only gets more complicated as friendships, relationships and loyalties are tested like never before.

The Sisterhood of the Traveling Pants 2
$14.50
Add to Cart

The Sisterhood of the Traveling Pants 2
$14.50
Add to Cart