The Staple Singers Be Altitude: Respect Yourself

Get email alerts for The Staple Singers
4 ratings
Currently Out of Stock: We'll get more as soon as possible
Notify Me When Available
Add to Wishlist
Format:  CD
sku:  ZENG 32876
91% recommend us! 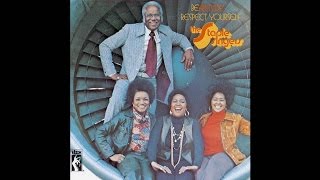 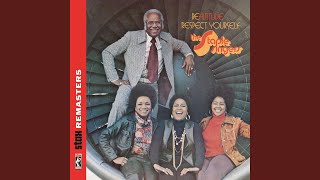 Rolling Stone - 6/22/72, p.63
"...rich pop-gospel styling served up with a little Southern hot sauce..."
Uncut - p.98
4 stars out of 5 -- "Twin hits 'Respect Yourself' and 'I'll Take You There' defined a mood of self-empowerment alongside political lyrics and divine guidance..."
Down Beat - p.79
3 stars out of 5 -- "The message song 'Respect Yourself' and reggae-spiced 'I'll Take You There,' both commercial hits, are the main attraction here."
Record Collector (magazine) - p.99
4 stars out of 5 -- "[I]t's a near-perfect album, rooted in gospel but incorporating both Southern soul and reggae..."

The Staple Singers: Roebuck Staples (guitar, vocals); Mavis Staples, Cleotha Staples, Yvonne Staples (vocals).
Engineers: Ralph Rhodes, Jerry Masters, Terry Manning.
Personnel: The Staple Singers; Roebuck "Pops" Staples (vocals, guitar); Cleotha Staples, Yvonne Staples, Mavis Staples (vocals); Eddie Hinton (guitar); Barry Beckett (keyboards); Roger Hawkins (drums).
Audio Remasterer: Joe Tarantino.
Liner Note Author: Rob Bowman.
Recording information: Muscle Shoals Sound Studios.
Editor: Rikka Arnold.
Those who would rather explore the Staple Singers with an original album instead of one of the many compilations should start with 1972's BEALTITUDE: RESPECT YOURSELF. The album was their most commercially successful, spawning two Top Ten hits in "Respect Yourself" and the glorious "I'll Take You There." The ultimate fusion of the Staple Singers' gospel roots and Curtis Mayfield-style soul, "I'll Take You There" hit Number One in the spring of 1972. (A third single, the soaring call-and-response "This World," was a major R&B hit that summer, but only barely scraped into the pop charts.) The remaining seven songs are nearly as strong as the singles, including the moving "We the People" and a response to Andrew Lloyd Weber, "Who Do You Think You Are (Jesus Christ Superstar?)." An excellent balance of gospel and soul, BEALTITUDE: RESPECT YOURSELF is the essence of the Staple Singers.

Lily Tomlin - The Search For Signs of Intelligent Life In... (DVD)
$16.20 Super Savings
Add to Cart

70%off
Aretha Franklin
I Never Loved a Man the Way I Love You
$5.98 CD Sale
Add to Cart

The Staple Singers
We'll Get Over
$10.90 CD Sale
Add to Cart