5K ratings
Currently Out of Stock: We'll get more as soon as possible
Notify Me When Available
Add to Wishlist
Format:  DVD
sku:  Y2EH
92% recommend us! 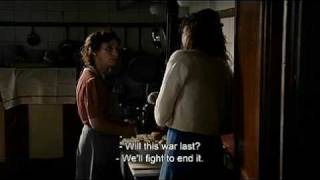 A daring band of rebels takes on Nazi forces in Europe in this wartime drama from director Robert Guédiguian. Born in Armenia, Missak Manouchian (Simon Abkarian) had settled in France by the time World War II broke out; a Socialist who stood in fierce opposition to the Axis forces occupying his country, he and a handful of other leftists formed the FTP-MOI, a faction of the French Resistance comprised of immigrants who came to France before the war. Working beside Manouchian was his wife, Mélinée (Virginie Ledoyen), a poet-turned-underground fighter; Marcel (Robinson Stévenin), a Jewish volunteer who is an excellent shot with a rifle; and Thomas (Grégoire Leprince-Ringuet), a passionate Marxist with a skill for making bombs. Along with several other activists, the FTP-MOI wage a propaganda campaign against the Nazis while targeting selected Axis leaders for execution. But despite their cunning and talent, Manouchian and his partners find it difficult to keep their work a secret, and in time they're found out by a ruthless detective (Jean-Pierre Darroussin) with the Vichy police. L'ARMÉE DU CRIME (aka THE ARMY OF CRIME) was based on the true story of a French resistance group dubbed "the Army of Crime" in Vichy propaganda pieces.