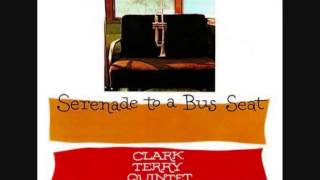 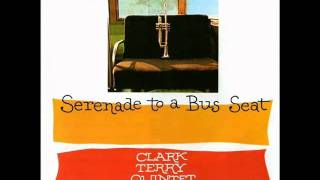 Personnel: Clark Terry (trumpet); Johnny Griffin (tenor saxophone); Wynton Kelly (piano); Paul Chambers (acoustic bass); Philly Joe Jones (drums).
Recorded at Reeves Sound Studios, New York, New York in April 1957. Includes liner notes by Orrin Keepnews.
Digitally remastered by Phil De Lancie (1992, Fantasy Studios, Berkeley, California).
This CD reissue matches together trumpeter Clark Terry (before he switched to flugelhorn) with tenor saxophonist Johnny Griffin, pianist Wynton Kelly, bassist Paul Chambers and drummer Philly Joe Jones. Most notable about the music is that Terry wrote five of the eight selections (including the colorful title cut which pays tribute to life on the road with Duke Ellington); the other numbers are "Donna Lee," a pretty version of "Stardust" and a slightly Latinized "That Old Black Magic." Terry and Griffin were a potent team, making one regret that they did not record together much through the years. This set contains excellent straightahead jazz performed with plenty of spirit. ~ Scott Yanow