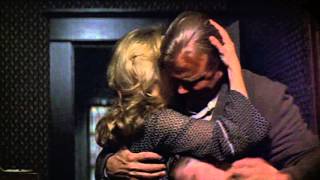 Based on a true story, ROSEWOOD takes place in a predominantly black Florida town in 1923. A woman in the neighboring town of Sumner, beaten by a lover, falsely claims that a black man assaulted her, thereby providing an excuse for her redneck townspeople to head for Rosewood with rifles and nooses. Ultimately, her lie engenders an unbelievable tragedy that is redeemed only by the heroism of those who endured it.

In 1923, the town of Rosewood was destroyed by the residents of nearby Sumner. Director John Singleton leaves his familiar Los Angeles milieu to tell the story of that destruction, in which poor whites indulged their prejudice and envy, avenging an accusation that they knew was a lie. A white woman, seeking to hide her infidelity with an abusive man, blames her injuries on a black man; at the same time, a stranger named Mann (Ving Rhames) has appeared in Rosewood and is put under suspicion. Mann is not a historical figure, but John Singleton's reason for imagining him becomes clear--Rhames portrays a mighty savior whose ability to stand up for his people provides the only emotional solace amidst the film's relentlessly unjust carnage. As he did in HIGHER LEARNING, Singleton avoids portraying all the whites as evil, focusing especially on the real-life figure of John Wright (Jon Voight), a white Rosewood storeowner who finds his conscience when the people he has come to know need his aid. The faithful re-creation of the town enhances Singleton's vision, and makes the 1920s in rural America seem as remote as the Old West.