These students have everything they need. Except time. 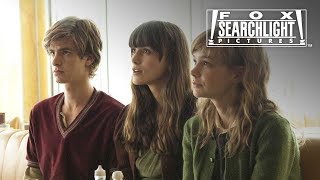 Director Mark Romanek (ONE HOUR PHOTO) and writer Alex Garland (28 DAYS LATER) team up to adapt REMAINS OF THE DAY author Kazuo Ishiguro's introspective sci-fi novel about a group of unsuspecting boarding-school students who make a horrifying discovery about themselves. Sheltered teens Kathy (Carey Mulligan), Ruth (Keira Knightley), and Tommy (Andrew Garfield) all grew up at a remote English boarding school, and now they're hungry to explore the real world. Their dreams of freedom are soon stifled, however, upon learning that they are nothing more than clones created specifically for organ harvesting. Now, in addition to confronting their own mortality, all three must come to terms with a lifetime of emotions and unfulfilled longings while pondering their true purpose for being.