Strangers on a Train

It starts with a shriek of a train whistle...and ends with shrieking excitement. 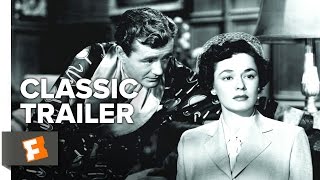 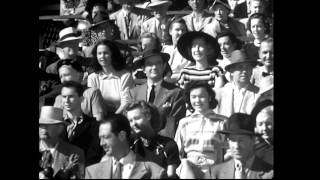 Strangers on a Train - trailer 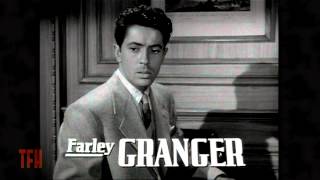 Michael Lehmann on STRANGERS ON A TRAIN (Featurette)

STRANGERS ON A TRAIN, based on the Patricia Highsmith novel, quickly became one of Alfred Hitchcock's most successful thrillers and remains one of his most popular films. En route from Washington, D.C., champion tennis player Guy Haines (Farley Granger) meets pushy playboy Bruno Anthony (Robert Walker). What begins as a chance encounter turns into a series of morbid confrontations, as Bruno manipulates his way into Guy's life. Bruno is eager to kill his father and knows Guy wants to marry a senator's daughter (Ruth Roman) but cannot get a divorce from his wife, Miriam (Laura Elliot). So Bruno suggests the men swap murders, which would leave no traceable clues or possible motives. Though Guy refuses, it will not be so easy to rid himself of the psychopathic Bruno. The film is tightly paced and disturbing from beginning to end, an effect heightened by Hitchcock's inventive camera work, including a terrifying sequence shot through a pair of eyeglasses that have been knocked to the ground.

This picture quickly became one of Alfred Hitchcock's most successful thrillers and remains one of his most popular films. Undoubtedly one of his finest films, STRANGERS ON A TRAIN transforms a highly improbable situation into a series of logical events that inexorably lead to murder. A psychopathic man plans what he thinks is an "exchange murder" with a stranger he meets on a train.

The Trouble with Harry
$18.20 Super Savings
Add to Cart

Shadow of a Doubt
$18.10 Super Savings
Add to Cart