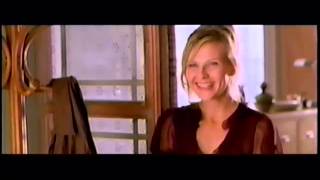 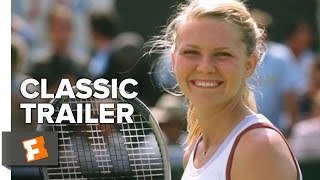 Richard Loncraine's WIMBLEDON is a lighthearted romantic comedy set in the high-pressure world of professional tennis. Peter Colt (Paul Bettany) is a 31-year-old Englishman who was once ranked 11th in the world, but has now dropped to a pathetic 119th. Realizing that his days are numbered, Peter intends to retire from the game after playing in one final Wimbledon. But when he accidentally walks into the hotel room of rising American star Lizzie Bradbury (Kirsten Dunst), sparks begin to fly and Peter begins to find his touch on the court once again. Unfortunately for Peter, Lizzie's overbearing father, Dennis (Sam Neill), is well aware that Lizzie's game suffers when she is distracted by love, and he bans the two from seeing each other. This doesn't bode well for Peter, who is about to play in the final against cocky American superstar Jake Hammond (Austin Nichols). Not to mention the fact that Peter has the hopes of an entire nation riding on his shoulders. Loncraine's breezy comedy is fueled by the chemistry between Bettany and Dunst, and also features several memorable supporting characters--including Peter's bickering parents (Bernard Hill and Eleanor Bron), his goofy brother (James McAvoy), his practice partner (Nikolaj Coster-Waldau), and his cell phone-wielding agent (Jon Favreau).