The love affair that shook the world! 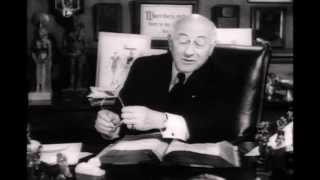 Entertainment Weekly - 08/09/1996
"…Colbert steamed up the screen….Enjoyably overstuffed…" -- Rating: B
Sight and Sound - 10/01/2012
"[T]he film's charm lies in its brazen 1930s quality, right from the gilded art-deco Egyptian settings and Travis Banton's nightclub-on-the-Nile costuming to the snap-an-crackle of wit that makes Colbert's Cleopatra as much feisty dame as femme fatale."

Grandiose, epic, and vintage Hollywood. Claudette Colbert stars as the captivating and powerful Queen of Egypt in this classic Hollywood film. When Julius Caesar, the leader of the Roman Empire, succumbs to the charms of the sultry Cleopatra, he creates a scandal big enough to shake the marble pillars of Rome. The ruler pays dearly for his romance, for the outraged Roman Senate repudiates him and the fickle Cleopatra decides to protect her interests by bestowing her affections on her former lover's rival, Marc Antony. Remade in 1963 with Elizabeth Taylor and Richard Burton.

The Sign of the Cross
$18.20 Super Savings
Add to Cart

The Cecil B. DeMille Collection (Cleopatra / The Crusades/...
$53.90 Super Savings
Add to Cart

Hannah and Her Sisters (DVD)
$12.50 Super Savings
Add to Cart

20%off
Without Reservations (DVD)
$12 Super Savings
Add to Cart