7.9K ratings
Currently Out of Stock: We'll get more as soon as possible
Notify Me When Available
Add to Wishlist
Format:  DVD
sku:  XX4D
Also released as:
Sweet Sweetback's Baadasssss Song (Blu-ray + DVD) for $26.50
92% recommend us! 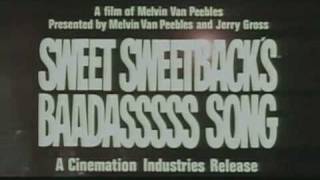 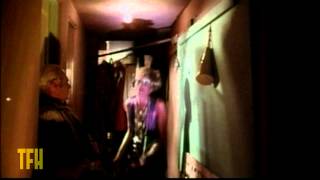 Sweet Sweetback's Baadasssss Song is the story of a young hustler (Van Peebles) whose aimless pleasure seeking turns to radicalism after witnessing the beating a black revolutionary by two white cops. Sweetback, driven to a state of blind rage, takes brutal revenge on the cops, forcing him into a desperate life on the run.

Putting black cinema on the map and ushering in the legendary Blaxploitation genre of the 1970s, Melvin Van Peebles's SWEET SWEETBACK'S BAADASSSSS SONG is a thrilling work of entertainment as well as a historically and ideologically significant essay on the issue of race. The film tells the story of Sweetback (Van Peebles), an apolitical black sex performer who becomes a reluctant picaresque hero when he kills the two white policemen who brutalized a young prisoner for racist reasons. On the run to Mexico, Sweetback encounters all manner of provocatively stereotypical characters, including a shower-capped ghetto thug who won't help him, a hypocritical Baptist preacher, and, of course, a host of women who can't get enough of his supercharged sexuality.

Working overtime as producer, editor, and co-composer (along with Earth, Wind and Fire), Van Peebles delivers a work that is the true definition of an independent film. Incorporating striking cinematic techniques into his production--including split screens, freeze-frames, and use of film negatives--he single-handedly created a new cinematic genre, proving that true innovation comes from individual human spirit, not assembly-line studio efforts.

In Melvin Van Peebles's SWEET SWEETBACK'S BAADASSSSS SONG, a black sex performer becomes a reluctant hero when he kills the two white cops who brutalized a young prisoner for racist reasons. Heading south of the border, he runs into plenty of quirky 1970s stock characters.