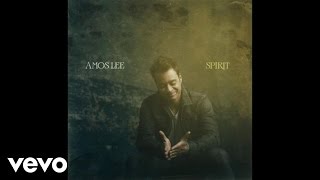 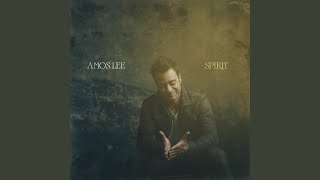 In many ways, singer/songwriter Amos Lee's sixth full-length album, 2016's ebullient Spirit, isn't that different from his previous efforts. At its core, Spirit is a set of earthy, passionate songs rife with Lee's longstanding knack for melodic, poetic lyricism. That said, Spirit is technically a new start for Lee, as it is both his first completely self-produced album and his first release for John Varvatos Records/Republic Records. Musically, Spirit also feels like a new beginning, with Lee bringing more of his contemporary R&B and '70s soul influences to the fore. However, rather than serving as a complete shift away from Lee's past work, Spirit feels like the apotheosis of his ongoing maturation as an artist who has never shied away from creative growth. Framing his voice in warm acoustic guitars, strings, deep bass, and even the occasional synth, Lee updates his approach, bringing to mind a meld of Milton Nascimento, Bill Withers, and Al Jarreau. It also doesn't hurt that he's written some of his most immediately memorable hooks to date. Cuts like the title track, "New Love," and "One Lonely Night," are literate, deeply felt compositions that never seem overly labored. There are also some effective stylistic experiments here in the Latin-flavored "Lost Child" and the rambling, gospel-infused "Running Out of Time." Primarily, it's his soulful lyricism on tracks like "Til You Come Back Through," the orchestral "Hurt Me," and the hip-hop- and country-infused "Vaporize" that best represent the mix of old and new sounds Lee has combined here so perfectly. ~ Matt Collar