Life is what happens in between rounds. 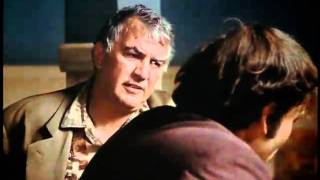 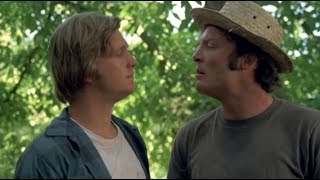 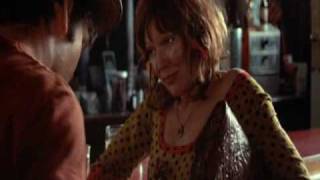 Two brothers, working as professional boxers, come to blows when their careers each begin to take opposite momentum. Newly remastered.

Lesser known than films by Scorsese and Coppola, John Huston's masterly FAT
CITY is a classic story of the American underdog, and deserves its place in
the canon of great 1970s films. Adapted from a Leonard Gardner novel, this
sorely overlooked work brilliantly and unflinchingly portrays the lives of a
group of born losers.

Set in California, the story revolves around the lives of poor fighters. Stacy Keach is Tully, a down-on-his-luck alcoholic boxer living in a flophouse and earning money as a field worker while trying for a comeback. Jeff Bridges is Ernie, his 18-year-old protege who is setting himself up for the same hard-luck life. Tully tries to pass his wisdom on to Ernie, attempting to give the kid the chances that he missed. Meanwhile, Tully also becomes involved with Oma (Susan Tyrell), a raging alcoholic who does nothing but drag him further down. This film initially presents itself as
a Horatio Alger-like comeback or underdog story, but is actually a bleak, incisive character study. A downbeat classic, FAT CITY is one of the best films by director John Huston.