Dirty Linen: "Cassidy was a masterful interpreter who was well able to communicate the idea and the emotional essence of each song she chose."

Get email alerts for Eva Cassidy
22 ratings
Currently Out of Stock: We'll get more as soon as possible
Notify Me When Available
Add to Wishlist
Format:  CD
sku:  FX37
92% recommend us! 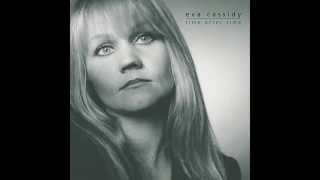 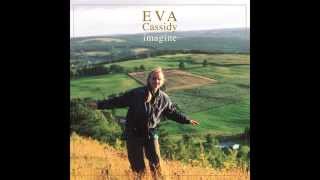 Dirty Linen - p.44
"Cassidy was a masterful interpreter who was well able to communicate the idea and the emotional essence of each song she chose."

Personnel: Eva Cassidy (vocals, guitar, acoustic guitar); Eva Cassidy; Roger Henderson (guitar); Chris Biondo (electric guitar, bass guitar, drum programming); Mark Tufty Evans (cello, strings); Mark Evans (cello); Uri Wassertzug, Joanne Opgenorth, Edgardo Malaga Jr., Carolene Evans (strings); Ian Lawther, Ian Lawther (bagpipe); Anthony Flowers (Hammond b-3 organ); Keith Grimes (guitar, acoustic guitar, electric guitar); Zan McLeod (guitar, bouzouki, mandolin); Steve Digman (guitar); Dan Cassidy (violin); Laura Byrne (flute); Lenny Williams (piano, organ, keyboards); Mark Carson (piano); Raice McLeod (drums); Chuck Brown (background vocals).
Liner Note Author: Kevin Howlett.
Photographers: Chris Biondo; Elaine Stonebraker.
Arranger: Eva Cassidy.
In her brief lifetime, vocalist Eva Cassidy probably never thought that she would one day have something in common with rap legend 2Pac. But in the years following their deaths (oddly enough, both in 1996), studio and live recordings of the artists have continuously been unearthed and released to an eager public. Although 2Pac's musical vault seems to be never-ending, it appears that Eva Cassidy's savings box may have finally been emptied with the issuance of the Blix Street compilation Wonderful World. Mostly comprised of songs culled from her posthumous releases, Wonderful World seems to signal that there is precious little left that hasn't been heard and that a second "best-of" is an appropriate way to sum up Cassidy's recorded legacy. Meant to be a companion disc to Songbird, her first compilation that became an unexpected phenomenon in the U.K., Wonderful World features selections that excellently represent Cassidy's beautiful voice and interpretive skills. In the quiet reverence of "What a Wonderful World" or the rousing gospel of "How Can I Keep from Singing," it is evident that Cassidy did not simply sing a familiar song but dove into its emotional core, bringing to the surface a lyrical richness that perhaps had never been found before. But she never limited herself to singing recognizable oldies, and her selections of more obscure material are the real highlights of Wonderful World. Her pretty guitar strumming warmly envelopes her voice on a shortened version of Paul Simon's "Kathy's Song," while Claire Hamill's gorgeous "You Take My Breath Away" is made even more so by Cassidy's heartfelt performance. Perhaps the most stunning song is her take on the folk ballad "Waly, Waly." Originally appearing on Eva By Heart, this version features a new arrangement that further enhances Cassidy's telling of this old traditional in which she completely embodies the hopeless longing of the song's character. Both moving and breathtaking, the song is a testament to the vocal gifts of Eva Cassidy and the love she had for the music she chose to sing. Perhaps like 2Pac, a few more recordings will be discovered over time and released, but even if that never happens, it is fortunate to already have received the bounty of treasures that Eva Cassidy left behind from her Wonderful World of music. ~ Aaron Latham