It came from outer space! 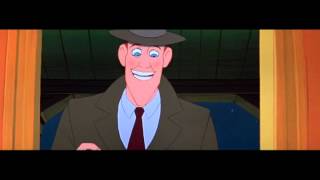 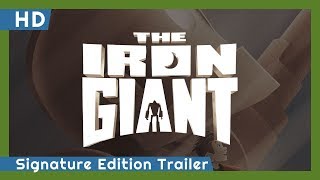 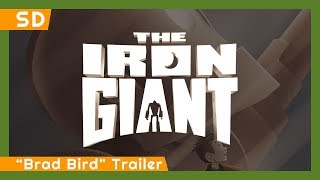 Digitally re-mastered and rereleased to the silver screen, this box-office misfire became a beloved animated work and cult favorite. A boy's best friend is his robot in this animated adventure from Brad Bird, best known for his TV work on such series as The Simpsons, King of the Hill, and The Critic. Set in 1957, The Iron Giant focuses on Hogarth (voice of Eli Marienthal), an imaginative nine-year-old boy who daydreams of alien invasions and doing battle with Communist agents. One day, Hogarth hears a local fisherman talk about something that surpasses anything he could dream up: a fifty-foot robot that fell from the sky into a nearby lake. Needless to say, Hogarth's mom, Annie (voice of Jennifer Aniston) finds this a little hard to swallow, but when Hogarth finds the robot (voice of Vin Diesel) and fishes him out of the water, his pal Dean (voice of Harry Connick Jr.), a beatnik sculptor who also runs a junkyard, offers to help by hiding the robot with his salvage. A government agent named Kent Mansley (voice of Christopher McDonald) soon gets wind that there's a mechanical invader of unknown origins in the neighborhood and wants to wipe out the potential threat. However, the robot (which loves to eat metal and is learning to talk) turns out to be friendly, and the boy in turn tries to teach his new pal the ways of humans.