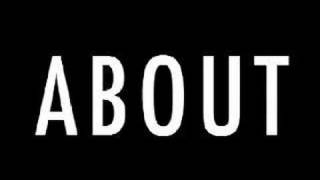 "My speech doesn't reflect the depth of my thoughts."
- Paul (Jean-Pierre Leaud)

With Masculin Feminin, ruthless stylist and iconoclast Jean-Luc Godard introduces the world to "the children of Marx and Coca-Cola," through a gang of restless youths engaged in hopeless love affairs with music, revolution, and each other. French new wave icon Jean-Pierre Leaud stars as Paul, an idealistic would-be intellectual struggling to forge a relationship with the adorable pop star Madeleine (Chantal Goya). Through their tempestuous affair, Godard fashions a candid and wildly funny free-form examination of youth culture in throbbing 1960s Paris, mixing satire and tragedy as only Godard can.

A film about "the children of Marx and Coca Cola" directed by the child of Brecht and Hollywood, MASCULINE-FEMININE is a touchstone in the career of Jean-Luc Godard, a window into the kinetic world of Paris in the 1960s, and a high point in the cinema of the French New Wave. It chronicles the love affair between Paul (Jean-Pierre Leaud), a young zealot with revolutionary leanings, and Madeleine (Chantal Goya), a fetching pop singer. Their relationship gradually breaks down as the two attempt to bridge their differences, albeit unsuccessfully (he likes Bob Dylan, she is only interested in the top 40). Along the way, they discuss current world culture and politics with their friends, and encounter a variety of bizarre individuals who only serve to exacerbate the youthful confusion of both Paul and Madeleine. One of Godard's most insightful films, MASCULINE-FEMININE represents a search for tenderness, and is, at the same time, an unsettling illumination of the Battle of the Sexes. By casting legitimate pop sensation Goya in the lead role, Godard threatened to date his film, taking into account the speed with which pop singers are replaced. Luckily for him, Goya is an engaging screen presence whose mere appearance is enough to keep things interesting.

Two young lovers attempt to communicate throughout fifteen discontinuous, contrapuntal vignettes in MASCULINE-FEMININE, the first film of Godard's agitprop, Brechtian cycle, notable for its self-reflexivity and use of alienating technical effects, such as inter-titles and flash frames.

Two or Three Things I Know About Her (Criterion Collection)
$26.10 Super Savings
Add to Cart