The Girl Next Door (Unrated)

Matt never saw her coming... but all his friends had! 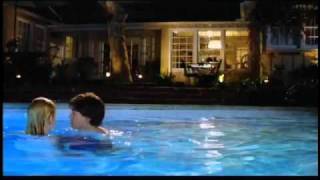 Disc 1/Side A: THE GIRL NEXT DOOR - Unrated; Widescreen

Disc 1/Side B: THE GIRL NEXT DOOR - Supplemental Materials

In the tradition of RISKY BUSINESS and AMERICAN PIE comes THE GIRL NEXT DOOR, a sex-soaked teen comedy that actually has a heart. High school graduation is nearing for senior class president Matt Kidman (Emile Hirsch), who has been more concerned with getting into college than partying. But all that changes one night when the gorgeous Danielle (Elisha Cuthbert) arrives next door. Engaging, funny, and wild, Danielle is Matt's dream girl come to life, and it appears that she likes him back. But before the two can consummate their relationship, his porn-obsessed friend Eli (Chris Marquette) reveals a shocking secret: Danielle's a porn star! When her wacky producer, Kelly (Timothy Olyphant), shows up to take her back to "work," Matt's life really begins to spiral out of control. All the while, he must continue to rehearse an incredibly important speech that will hopefully earn him a major scholarship. But, most importantly, Matt must win the heart of Danielle once and for all.

Directed with irreverent yet good-natured sincerity by Luke Greenfield, with an all-star soundtrack (Marvin Gaye, Elliott Smith), THE GIRL NEXT DOOR has a breezy charm that might surprise some viewers. This is due in large part to Hirsch and Cuthbert, who deliver assured and engaging performances that help to sweeten the profane proceedings.