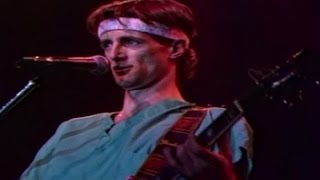 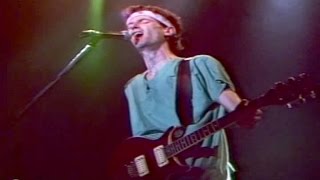 When the K-GROUP went on the stage of the Hamburg Markthalle, they were very well rehearsed anyway; after all, they had been on tour for a while now. It is a stroke of good fortune that the gig was recorded for TV by ROCKPALAST because there is only comparatively few official live material of PETER HAMMILL, either as frontman of VDGG or solo artist. Actually, the band played in Hamburg exclusively that re-arranged material from HAMMILLS latest albums. Only one solo classic - 'Modern' from the year 1973 - as well as two newer VDGG songs, 'The Sphinx In The Face' und 'My Room' made their way on the set list. Then the K-GROUP was history, too -Today, many fans see the K-GROUP as the best phase in the solo career of PETER HAMMILL, and the ROCKPALAST performance, at last being released as DVD and CD is seen as one of its magic moments.