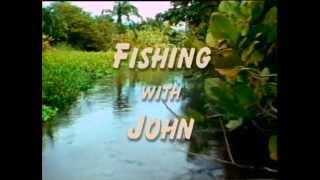 Premiering in the US on the Independent Film Channel and Bravo, this is the offbeat and original series that paired musician/actor John Lurie with friends Dennis Hopper (looking for giant squid in Thailand), Jim Jarmusch (seeking shark in Montauk), Tom Waits (in Jamaica), Matt Dillon (in Costa Rica), and Willem Defoe (ice fishing in Maine). The plan' Travel to the world's most exotic places and fish. The catch' Lurie doesn't know how to fish. Includes all six episodes.

A composer (and founder of The Lounge Lizards) and veteran of several film roles (including most of Jarmusch's works), Lurie created this inspired, wacky and subtle semi-parody of fishing shows seemingly for no one but himself--- yet it is nearly impossible not to be sucked into their irresistible pull. Fishing for with Jarmusch off Long Island, in Costa Rica with Dillon, with Waits in Jamaica, on the ice in Maine with Defoe and in Thailand with Hopper, even though he doesn't know how to fish, Lurie's offbeat sense of humor--- paired with some beautiful locations--- strikes a rare chord, placing these one-of-a-kind shows somewhere between comedy and travelogue.