17K ratings
Currently Out of Stock: We'll get more as soon as possible
Notify Me When Available
Add to Wishlist
Format:  DVD  (2 Discs)
sku:  F3JX
Our customers love us! 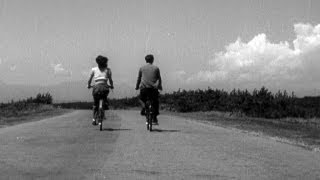 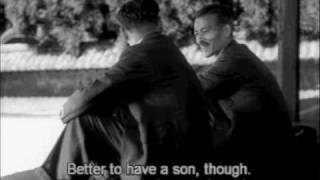 Continuing his exploration of the Japanese family and it's permutations and variations, LATE SPRING is Yasujiro Ozu's fragile tale of a young woman, a bit older than marrying age in traditional Japanese society, who lives a tranquil life with her widowed father. The father begins to worry that his beloved daughter may never leave him and thus spoil her chances for a happy life. After she refuses a proposed husband, the father tricks her by pretending to remarry. The daughter eventually marries in order to leave her father alone with his new wife, and the father who in reality had no intention of marrying, is left alone.

A heartbreaking and fragile story of family devotion and sacrifice, Yasujiro Ozu presents here perhaps his most perfect film. Chisu Ryu takes up his consummate role of the solitary and thoughtful father, a widower who lives with his young daughter Noriko. Fearful that Noriko will never marry in order to care for him, the father and various supporting family members attempt to find a match for the young daughter, but to no avail. Eventually he is forced to trick his daughter, by pretending to remarry himself, thus forcing the daughter to break out on her own. Relations between father and Noriko come to a sentimental head as the two take a final trip together to Kyoto. Upon returning, Noriko is married and moves away, and the father is left alone. The simple and elegant visual and narrative structure of the film allows the universal story of a father giving up his daughter in marriage to unfurl succinctly and compellingly, making this one of Ozu's most loved films.

The Sacrifice (Plus Bonus Documentary)
$18.38 Spring Sale
Add to Cart