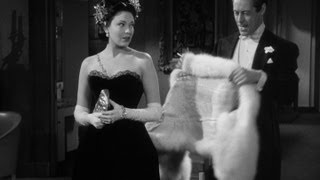 Marshall Harvey on Unfaithfully Yours (Featurette) 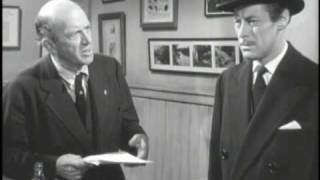 In his last Hollywood film, Preston Sturges crafts a powerfully rendered mix of slapstick, screwball, and melodrama in his darkest comedy ever. Rex Harrison plays Alfred de Carter, the effete and blasé classical conductor returning to New York on the eve of a great performance. Awaiting his return are his beautiful wife Daphne, her coy sister, and her brother-in-law Auguste. Alfred had asked Auguste to look after Daphne during his absence, and when August alerts Alfred that he had Daphne watched by a detective and attempts to deliver the report, the seeds of doubt are planted in an otherwise blissfully romantic marriage The superb Alfred slowly comes undone as he unwillingly lets the idea of Daphne's possible infidelity contaminate his every thought. Sirk elicits uproarious performances from the dry and evocative cast as the film leads to a masterfully complex climax: Alfred fantasizing variously gruesome, magnanimous, and gallant actions he might take, while simultaneously conducting the symphony orchestra to an enraptured audience. When Alfred attempts to act on his fantasy, reality becomes stranger than fiction, and his devious plans are derailed in a series of hysterical physical gags and unsuspected misunderstandings.