The Weight of Water R

13K ratings
Currently Out of Stock: We'll get more as soon as possible
Notify Me When Available
Add to Wishlist
Format:  DVD
sku:  K2KW
92% recommend us! 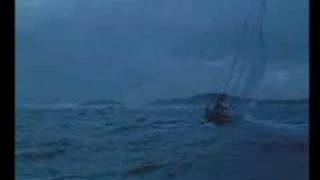 Two stories unravel simultaneously in this dark and suspenseful film. The first story, set in the present day, concerns a photographer, Jean (Catherine McCormack). She is working on an article for a magazine about a pair of bloody murders that happened 200 years before on the Isle of Shoals, just off the coast of New Hampshire. To get the pictures she needs she must visit the location of the murders, and so her husband, Thomas (Sean Penn), arranges a yachting trip with his brother, Rich (Josh Lucas), and Rich's girlfriend, Adaline (Elizabeth Hurley). The foursome pal around, enjoying the sea and the sun, while Adaline shamelessly seduces Thomas. Meanwhile, Jean is reliving the Isle of Shoals murders in her head, which is where the second story comes in. Maren (Sarah Polley) is a Norwegian woman who has recently immigrated to America with her husband. When her sister (Katrin Cartlidge) and sister-in-law (Vinessa Shaw) are brutally bludgeoned to death with an axe, she is the sole survivor, and thus the only one who knows the truth about what happened. THE WEIGHT OF WATER draws a parallel between these two tense episodes, as the surf swirls menacingly, foretelling imminent disaster.