Rolling Stone: 3 stars out of 5 -- "'Vintage Clothes' and 'Feet in the Clouds' incarnate his nostalgia and whimsy with some wit and considerable musical invention." 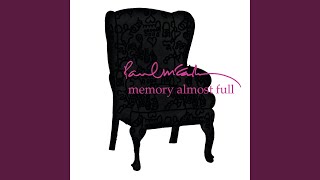 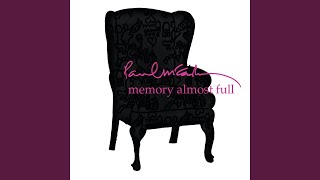 Ever Present Past (Music Video)

Rolling Stone - p.100
3 stars out of 5 -- "'Vintage Clothes' and 'Feet in the Clouds' incarnate his nostalgia and whimsy with some wit and considerable musical invention."
Rolling Stone - p.111
Included in Rolling Stone's "50 Top Albums of the Year 2007" -- "[A]t once briskly modern and obsessively retrospective."
Entertainment Weekly - p.80
"It's his version of Bob Dylan's TIME OUT OF MIND...if TIME OUT OF MIND had cutthroat pop instincts and whistling solos....MEMORY is beautifully elegiac..." -- Grade: A-
Uncut - p.106
3 stars out of 5 -- [W]ith a breezy determination not to take itself too seriously....He downloads random memories in his journey from Speke to superstardom with warmth and more than a dash of wry humour."

Personnel: Abe Laboriel, Jr. (drums); David Kahne (programming); Rusty Anderson (guitar); Paul "Wix" Wickens (keyboards); Brian Ray (bass guitar).
Audio Mixers: David Kahne; Andy Wallace.
The first release from the Starbucks-backed Hear Music label, 2007's MEMORY ALMOST FULL, is a significant point in Paul McCartney's long and legendary career. Not only does it mark the end of his decades-long relationship with Capitol Records, MEMORY is easily one of McCartney's most Beatlesque solo outings, a notion particularly reinforced by the album's ABBEY ROAD-styled closing suite.
Even before that dynamic medley, however, McCartney offers up some of his most vibrant songs in years--most notably the jangly opener, "Dance Tonight," and "Ever Present Past," a wonderfully catchy ode to memory--and these tracks contrast well with the largely subdued numbers on CHAOS AND CREATION IN THE BACKYARD. As with that preceding pop-oriented outing, Macca plays almost all instruments himself, although instead of working with producer Nigel Godrich again, he goes back to working with David Kahne for a more muscular, straight-ahead sound. By the time the upbeat "That Was Me" signals the record's closing sequence, it is abundantly clear that this is top-shelf McCartney, and listeners can almost hear a hearty round of applause as "Nod Your Head" brings MEMORY to its majestic end.