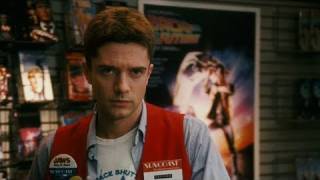 Rolling Stone - 03/17/2011
"The movie, directed by Michael Dowse, is one raucous night, one raunchy party, AMERICAN GRAFFITI filtered through DAZED AND CONFUSED and the Shermer High films of John Hughes."
Entertainment Weekly - 03/11/2011
"[The movie] duplicates the car crashes, drug jokes, all-night-long plot twists, and robot hip-hop dance moves of low-rent '80s party flicks...it does possess a certain backward-glancing innocent appeal." -- Grade: B
Total Film - 06/01/2011
3 stars out of 5 -- "[A] warm, nostalgic throwback to the classic raunch-coms-with-a-heart that so many of us grew up with."

Before they have to wake up to the harsh smell of adulthood and maturity, two best friends (Topher Grace and Dan Fogler) live a life of parties and irresponsibility during Labor Day weekend 1988.

16%off
Employee of the Month
$8.40 Super Savings
Add to Cart