The Name of the Rose (Blu-ray) R

Who, in the name of God, is getting away with murder? 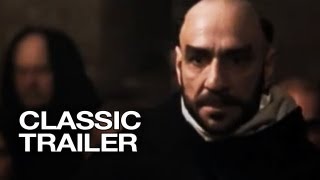 Based on the best-selling book by Italian author Umberto Eco. During a meeting of the papacy, a brilliant English monk, William of Baskerville, uses reason to solve a series of bizarre murders attributed to the devil--and risks being burned for heresy by the holy inquisition.

Based on Umberto Eco's best-selling novel, "The Name of the Rose" is a medieval whodunit set in a 14th-century Italian monastery. Franciscan monk William of Baskerville and a young novice arrive for a conference to find that several monks have been brutally murdered. In his attempt to solve the crimes, William must challenge the authority of the Catholic Church by eschewing religious fervor in favor of rational thought.