In the game of life, you can't lose 'em all. 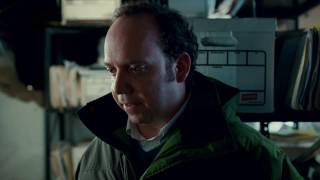 Box Office - 01/23/2011
5 stars out of 5 -- "WIN WIN is a film with a big heart; it's an eccentric dramedy and a crowd pleaser."
Los Angeles Times - 03/18/2011
"[P]ure pleasure to experience....With an impeccable feel for off-center human comedy at its funniest and most heartfelt, its low-key qualities are so relaxed and unforced every moment feels like a gift."
USA Today - 03/18/2011
"[H]andled with a deftly light touch....Contributing to the authenticity is the top-notch ensemble cast, especially the lead performances of Giamatti and Amy Ryan."
Entertainment Weekly - 03/25/2011
"As Kyle, newcomer Alex Shaffer finds fresh colors in the old delinquent spectrum, and Giamatti, who's at his best, gives nervous scrambling an undertone of tenderness." -- Grade: B+
Rolling Stone - 03/31/2011
3.5 stars out of 4 -- "This movie wins you over, head and heart, without cheating. It's just about perfect."
Chicago Sun-Times - 03/24/2011
3 stars out of 4 -- "Alex Shaffer, who was cast more for his wrestling than his acting, is effortlessly convincing."
New York Times - 03/23/2011
"[F]unny and warmhearted....Mr. McCarthy neatly sets up the elements that will bring about Mike's self-deluding rise, his near-calamitous fall and his eventual redemption."
Movieline - 03/17/2011
"Warmly observed....Giamatti and Ryan are reaction-shot geniuses, and it's a pleasure to watch them stretch out in the breathing room McCarthy builds into his scripts."
Total Film - 07/01/2011
3 stars out of 5 -- "There are pleasures along the way: Giamatti's a delight to watch...and Shaffer makes Kyle an endearing character..."
Sight and Sound - 06/01/2011
"McCarthy's benevolent drama spins a delicate web of human interests, pulled this way and that by contrary motivations and feelings."

Paul Giamatti headlines writer/director Tom McCarthy's comedy drama centering on a beleaguered attorney and part-time wrestling coach who schemes to keep his practice from going under by acting as the legal caretaker of an elderly client. Mike Flaherty (Giamatti) thinks he has discovered the perfect loophole to keep his practice in business. But his brilliant plan hits an unexpected hitch when his client's troubled grandson shows up looking for a place to stay. With his home life in turmoil and both of his careers in jeopardy, Mike quickly realizes that he'll have to get creative in order to find a way out of his current predicament.

67%off
Hector and the Search for Happiness (DVD)
$4.89 Winter Sale
Add to Cart