If you could choose to live forever, would you?

102K ratings
Currently Out of Stock: We'll get more as soon as possible
Notify Me When Available
Add to Wishlist
Format:  DVD
item number:  33689
Our customers love us! 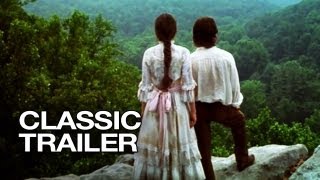 Fifteen-year-old Winnie Foster (Alexis Bledel) is the beautiful, privileged daughter of the richest man in town. A disagreement with her domineering parents (Amy Irving, Victor Garber) sends Winnie outside the fence that surrounds her pristine house and protects her from the outside world, and into the nearby forbidden woods. Her journey becomes a far greater adventure than she ever anticipated when she meets the Tucks, a family of immortals that live deep in the woods. Parents Angus (William Hurt), Mae (Sissy Spacek), and their sons Miles (Scott Bairstow) and Jesse (Jonathan Jackson), stopped aging more than a century ago after drinking from an enchanted spring, a veritable fountain of youth. With the Tucks, Winnie discovers the freedom lacking in her own small world, and a romance blossoms between the mortal teenager and the immortal Jesse. With the local police searching for the missing Winnie and a mysterious stranger (Ben Kingsley) searching for the Tucks, Winnie must choose between immortality and a life with her new friends, or the life--and inevitable death--of a normal human. TUCK EVERLASTING is directed by Jay Russell (MY DOG SKIP, END OF THE LINE), adapted from the classic novel by Natalie Babbitt, and narrated by Elisabeth Shue.

Disney's Tuck Everlasting
Walt Disney Pictures' TUCK EVERLASTING, a timeless and enchanting adventure about one girl's magical summer, will captivate audiences of any age. Young Winnie Foster, stifled by the formality of her proper life and domineering mother, escapes into the woods only to get lost. Soon she happens upon Jesse Tuck -- a boy full of life and adventure who's unlike anyone she's ever met -- and falls in love. The Tucks, a kind and generous family, have a powerful secret -- a spring that holds the magic of everlasting life. And now Winnie must choose to live life as she knows it or drink from the spring. It's a life-affirming adventure that will cast its irresistible spell over you again and again.