Requiem for a Dream

1M ratings
Currently Out of Stock: We'll get more as soon as possible
Notify Me When Available
Add to Wishlist
Format:  DVD
sku:  XRF8
Related products:
Dancer in the Dark for $14.39
American History X (Widescreen) for $9.09
Sonny for $15.98
92% recommend us! 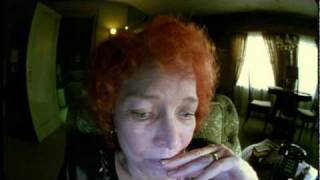 Requiem for a Dream Trailer

For his follow-up to his darkly brilliant debut, PI, director Darren Aronofsky chose to adapt a tough and meaty piece of work: Hubert Selby's 1968 novel REQUIEM FOR A DREAM, a dark spiral into the abyss of barren fantasies doomed to extinction. However, in Aronofsky's frenetic, visionary, unique, and disturbing style lies the perfect setting for this story of four people whose intertwined lives are filled with eternally hopeful despair. This is a different sort of horror film. Harry Goldfarb (Jared Leto) and Marion Silver (Jennifer Connelly) are lovers in Brooklyn with dreams of setting up a small business and spending the rest of their lives in love--their version of the American dream. The two are also desperate heroin addicts, a compulsion that darkens their lives and leads Harry to repeatedly pawn his mother's television. His mother, Sara Goldfarb (Ellen Burstyn), is addicted to television, which is why she keeps replacing the stolen set. One day she receives a call from her favorite show, the surreal TAPPY TIBBONS SHOW, and learns that she has been selected to appear on an upcoming broadcast. When she can't fit into her best red dress, her doctor prescribes diet pills (uppers), to which she swiftly and painfully becomes addicted. Harry's cohort, an intelligent hustler named Tyrone (Marlon Wayans), completes the foursome. With its unflinching dissection of addiction, REQUIEM FOR A DREAM is a psychologically disturbing, visually captivating depiction of lost hope. The last half hour of the film is among the most harrowing of any film ever made.