Available: Usually ships in 1-3 business days
LOW STOCK:
Only 2 copies left
Add to Cart
Add to Wishlist
Format:  DVD
sku:  GWV3
Related products:
All Quiet on the Western Front for $12.50
Ace In The Hole (2-DVD) for $26.10
Our customers love us! 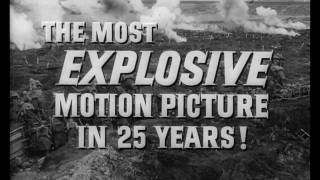 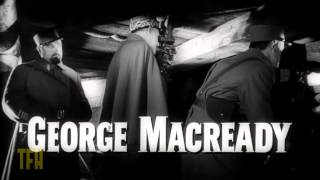 "If the little sweethearts won't face German bullets, they'll face French ones."
- General Mireau (George Macready)
"There are few things more fundamentally encouraging and stimulating than seeing someone else die."
- General Broulard (Adolphe Menjou) to Colonel Dax (Kirk Douglas)
"Come, come Colonel Dax, don't overdo the surprise. You've been after this job from the start. We all know that, my boy."--Broulard
"I may be many things, sir, but I'm not your boy."
- Dax
"Would you like me to suggest what you can do with that promotion'"
- Dax to Broulard
"I apologize, sir, for not telling you sooner that you're a degenerate, sadistic old man, and you can go to hell before I apologize to you now or ever again!"
- Dax to Broulard

Total Film - 06/01/2000
"Even though Kubrick made this while still in his 20s, it is arguably his best film..." -- 5 out of 5 Stars
USA Today - 11/02/2004
"This is the masterpiece from Humphrey Cobb's novel that put Kubrick on the map."
Chicago Sun-Times - 02/25/2005
"[T]he film by which Stanley Kubrick entered the ranks of great directors, never to leave them."
Sight and Sound - 01/01/2011
"PATHS remains the definitive WWI-set anti-war scorcher, much copied but never equalled, thanks largely to the bullet-train story cascade and Kubrick's relentlessly ultra-real, disarmingly composed images."

PATHS OF GLORY is among the most powerful antiwar films ever made. The story takes place in 1916 France, as the French command orders an exhausted unit to wrest control of an anthill from the Germans--expecting a casualty rate of 60 percent. The battle--during which the Germans are never seen, indicating that the French are their own worst enemy--turns into a bloody massacre. Looking for a scapegoat, General Mireau (George Macready) orders Colonel Dax (a never-more-intense Kirk Douglas) to select three of his men to face a court-martial and possible firing squad for the troops' cowardice. Directed by Stanley Kubrick, PATHS OF GLORY, based on the novel by Humphrey Cobbs, is a gut-wrenching, unforgettable drama. Every scene is awash in grays, covered in doom. Kubrick marvelously contrasts the ornate palace where the generals sip their cognac with the ramshackle trenches where injured men stumble about, demoralized and shellshocked. Douglas gives a tough, gritty performance; his tense sparring with the high command features sharp, biting dialogue. The entire cast is outstanding; watching so many men die for no reason is maddening. Kubrick captured the Vietnam War in FULL METAL JACKET, the cold war in DR. STRANGELOVE, the Seven Years' War in BARRY LYNDON, and a slave uprising in SPARTACUS, but PATHS OF GLORY is his crowning achievement when it comes to depicting the devastation, both physical and psychological, that war wreaks on the individual--as well as the state.

Stanley Kubrick brings Humphrey Cobbs's scathing, fact-based antiwar novel to life with stunning results. Amid the insufferable trench warfare of WWI, a French general orders his men to attack an obviously impenetrable German position and accuses them of cowardice when the attack fails. To soothe his wounded vanity, three men are picked at random to stand trial and face the firing squad. The script was cowritten by noir author Jim Thompson.