Wipers The Power in One 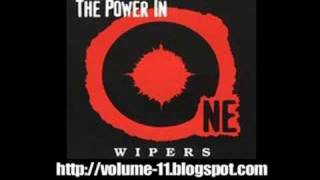 Wipers - Power in One (Music Video) 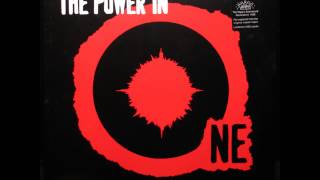 The Wipers include: Greg Sage (vocals, guitar); Steve Plouf (drums).
Wipers: Greg Sage (bass instrument); Steve Plouf (drums).
Personnel: Greg Sage (vocals, guitar); Steve Plouf (drums).
Recording information: Zenorecords Soud Studio, Phoenix.
Power in One is another phenomenal onslaught of singular music, made by someone who emerged just before the dawn of the punk era. Having predated it, Greg Sage merely straddled it, keeping his solitary, idiosyncratic space. As with all his other records, the listener is held in his insidious grip on first play, a hold that grows more persuasive with successive samplings. It's the work of a guitar sorcerer, building layer upon layer of otherwise simply rendered, hypnotizing rock until the spell is cast. This potent immediacy is partially due to his obstinate, uncompromising insistence on recording all parts live in the studio, with no punch-in overdubs, and foregoing other instrumental embellishments. Sage needs nothing more than Steve Plouf's drums and his own voice, bass, rhythm, and lead guitar to summon his incantations. If there is a knock against Sage, it's that his movements are conservative in approach and delivery. The great departure LPs aside (Follow Blind and Silver Sail, plus both his solo LPs -- all more esoteric, relaxed, and explorative of the quieter side of his playing), Sage remains unwavering on the basic tenets of his faith: Blizzards (blizzards!) and spark-showers of guitar streams; chords unlike those used by 99-percent of other rock writers, with progressions that do the opposite of what is expected; a voice like Father Time and the Grim Reaper coming to warn of the apocalypse (often over doomsday chords that pile-drive the stomach like a runaway locomotive); counter-melodies from tense basslines, still a hallmark; straight-ahead attack drumming from Plouf; and guitar leads that dazzle, frighten, and prick the senses, like Jimi Hendrix sans the showy bits and hyper-blues base. This remarkable talent's work as a guitarist is without peer. Power in One is another gale force wind. ~ Jack Rabid wipers